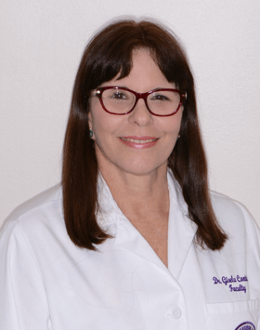 Dr. Gisela Contasti is an Orthodontist that has been involve in private practice for over 30 years in her native country Venezuela since 1982 , she also teaches  Orthognathic surgery at the Central University of Venezuela. Actually she has her faculty practice at Nova Southeastern University at Kids in distress since 2014. She obtained her specialty certificate residency in orthodontics at the University of Texas, Health Science Center at Dallas in 1982.

Dr. Contasti relocated to South Florida in 2014 and has been involve in teaching graduate Orthodontics at Nova Southeastern University since then. Dr. Contasti has been involved in the area of Orthognathic Surgery, especially on Distraction Osteogenesis, that has given her the opportunity to lecture internationally and also write articles, and some chapters on surgical books about Distraction Osteogenesis. Dr. Contasti is a member of the American association of Orthodontists, the world federation of Orthodontists, and the Venezuelan orthodontic society. Dr. Contasti was married to Dr. Cesar Guerrero ( Oral Surgeon) and has one married daughter Melissa, and two grandchildren, Nicholas and Lara. Dr. Contasti is fluent in English  and Spanish.

Return to top of page